Subscribe
Hey! These docs are for version 2018.4, which is no longer officially supported. Click here for the latest version, 2022.4!

The SAP GUI Scripting API automation interface is used for increasing capabilities of SAP GUI for Windows. SAP GUI Scripting is required for enabling UI elements recognition capabilities in SAP automation. To gain access to the interface, Studio requires enabling SAP scripting on the local machine, where the Robot runs, as well as on the server. Without this, selectors won’t work on the SAP UI elements. Image and OCR automation can be used instead, but selectors would provide an increased accuracy to the workflow.

With scripting disabled, SAP GUI panels are seen as blocks, even though the toolbar buttons and other elements are identified individually. The recognition of UI elements does require enabling SAP GUI scripting.

In relation to any security concerns, the SAP server sees no difference between SAP GUI communication generated by a script and the one generated by a user. The script has the same rights to run SAP transactions and enter data, just like a user would. The same data verification rules are applied to both data entered by a user and by a script.

Enabling SAP GUI Scripting on the Server Side 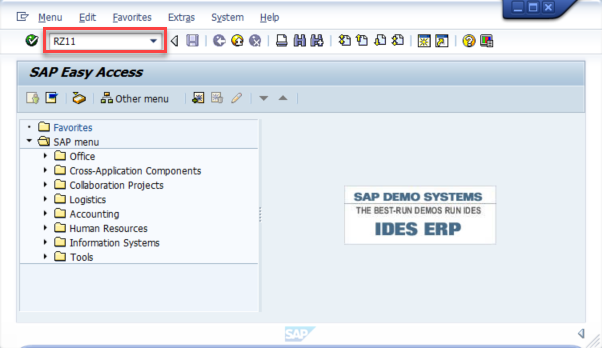 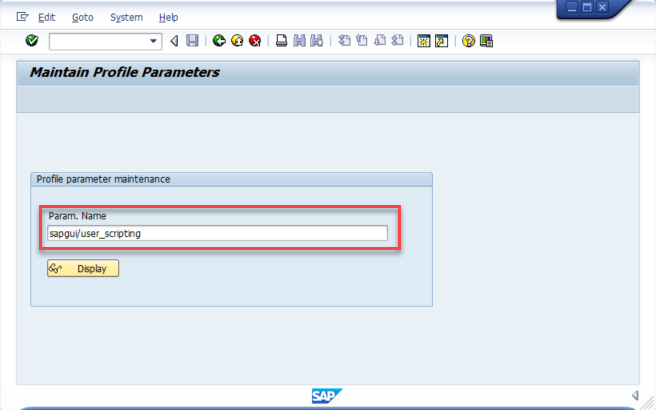 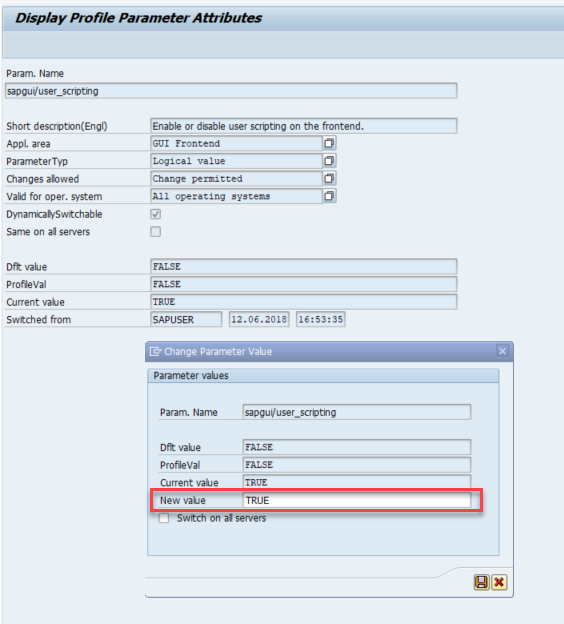 The status bar message “Parameter name is unknown” refers to the fact that the sapgui/user_scripting parameter cannot be changed using this transaction because a SAP server package is missing. Install the missing package, and try again.

Enabling SAP GUI Scripting on the Client Side 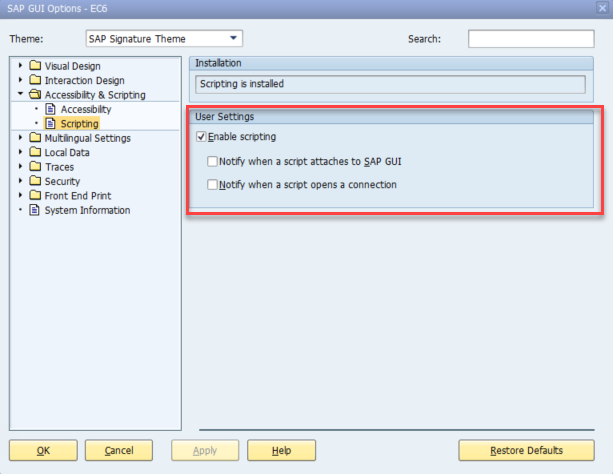 SAP automation can be performed with two clients, namely SAP GUI for Windows and SAP Business Client (NWBC). However, the latter client has some limitations in the SAP GUI Scripting engine, which is the technology used by UiPath to automate SAP applications. This has a couple of implications on automating SAP applications, such as:

Our recommendation is to use either the SAP GUI with as many instances as you want or the SAP Business client in a single instance when performing SAP automation.