It is important to choose the correct type of exception with which a transaction is failed, because this choice influences whether Orchestrator chooses to retry the transaction of the queue item or not, as follows:

The Set Transaction Status activity can be used to shape the logic of your project in a way that encapsulates this distinction in several ways:

Below you can see an example of such a project: 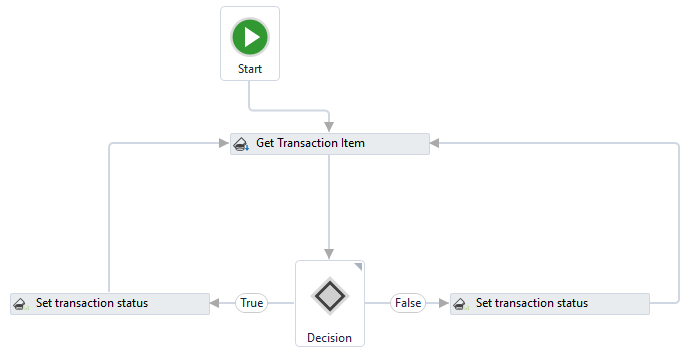 The screenshot below shows the mapping of the properties in the Set Transaction Status activity (on the left) and their corresponding fields in the Transaction Details window in Orchestrator.