When using a single server, all users connect to this server, and no additional servers are needed.
See the illustration below. 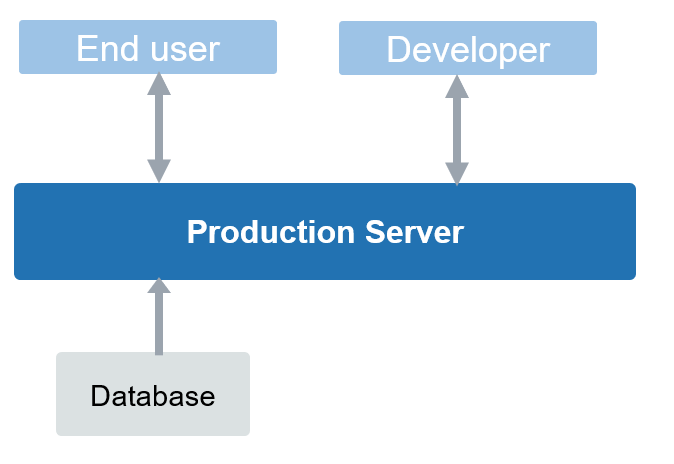 Development on the platform is done collaboratively. To facilitate this, and to keep track of changes, the Git server on the production server can be hosted, or a separate Git Server can be used.
See illustration below. 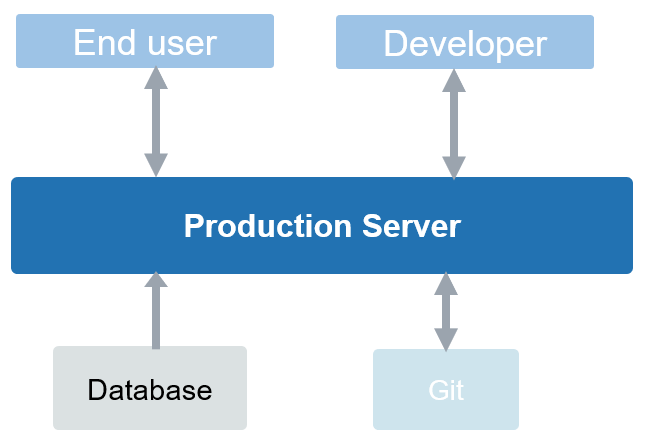 For development, data is required. Data sources can be used directly in the development environment. It is also possible to export an (anonymized) version of the production data to the development server.

It is also possible to use multiple production servers, multiple development servers, and multiple Git servers, or to add test and acceptance servers.

When using the UiPath Process Mining on multiple servers, a license is needed for each server. For test and acceptance servers, different licenses are available.