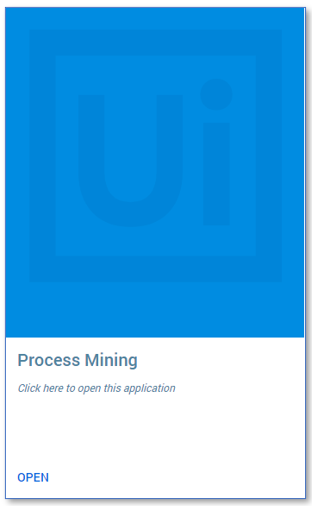 It is also possible to have multiple modules in an application.

The Modules dialog is displayed. See illustration below.

The Name and Description entered in the Modules dialog are displayed on the end user’s application page. The Application Code is used in the URL for end users and developers. See illustration below.

The Code, Name, Description, and the image of a module can be changed within an application in the Modules dialog.

Changing the application code of the module has implications for releasing the app. If a code is changed, there will be no generated cache for the new application code. This means that after activating the release, it will not be accessible by end users until a new cache is generated.

Additionally, all user rights are linked to the application code and will need to be set up again.
Furthermore, changing the module code will break existing end-user Favorites.

Before making changes to the application code of a module, discuss the implications with your Application Manager.

Use modules in an app

New_Table contains an attribute ApplicationCode with the module code of the active module. This attribute can be used in e.g. join expressions to filter records, so they are only available for a specific module.