Projects created in the Studio and StudioX profiles use the VB.NET language for expressions. 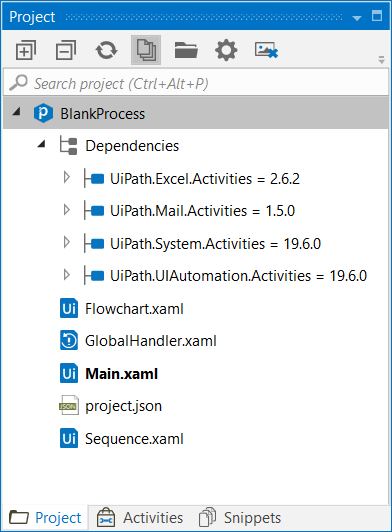 Copy and paste files from File Explorer directly into the Project panel. The same can be done using drag and drop on one or multiple files, including .xaml workflows. Using Ctrl + C and Ctrl + V shortcuts you can also copy a file and duplicate it anywhere in the tree. 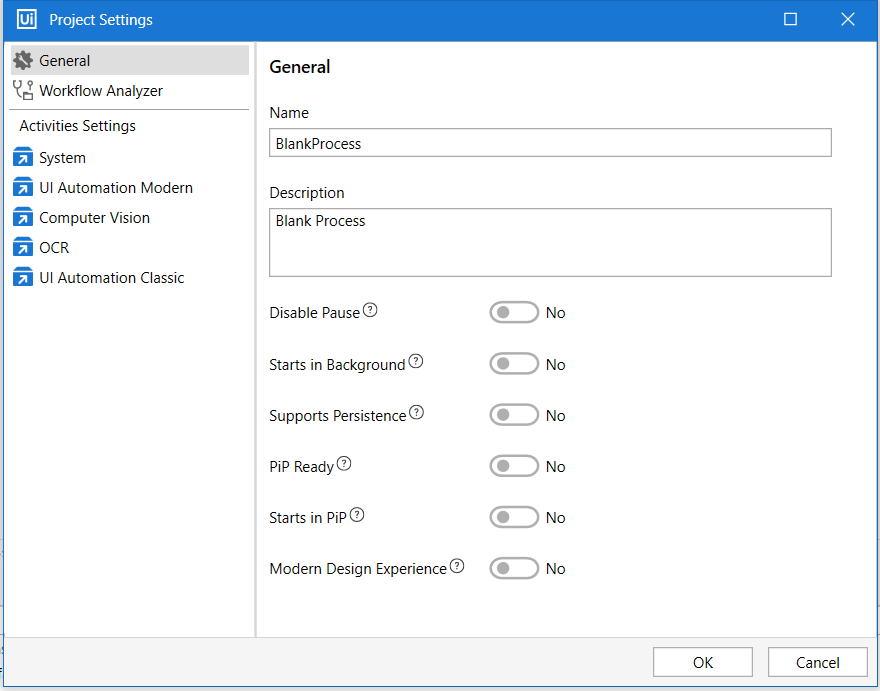