Due to the nature of arguments, you are going to use them a lot in relation with the Invoke Workflow File and Launch Workflow Interactive activities. They can be found in the Activities panel, under Workflow > Invoke and they enable you to browse for a project, and import and edit their arguments.

Example of Using an Argument

To exemplify how to use an argument in an automation with an Invoke Workflow File activity, we are going to create two separate sequences. A very simple one in which to assign a value to an argument, and a second that invokes it and displays the value in a message box. 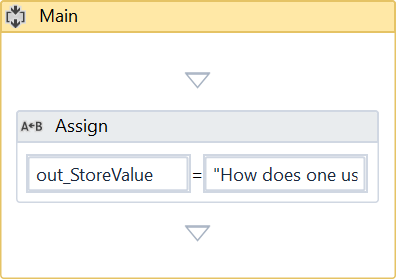 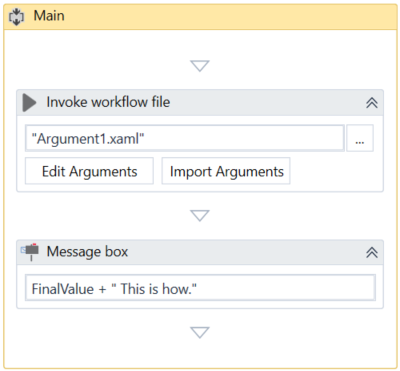 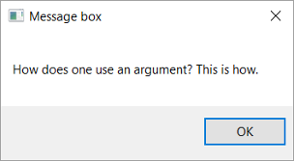