Relative Scraping is a technique that enables you to retrieve text from UI elements by using OCR technology. In situations where selectors cannot be found, the target UI objects are identified by using image recognition activities to look for adjacent labels or other elements.

This technique is useful in retrieving text from certain UI elements that are difficult to access by using normal means, such as applications in virtual environments. Using visual labels of UI elements makes up for the inability to find selectors.

To use the Scrape Relative functionality, do the following:

An Attach Window container is generated that sets focus to the app window and contains a Find Image activity that locates the position of the anchor on the screen. 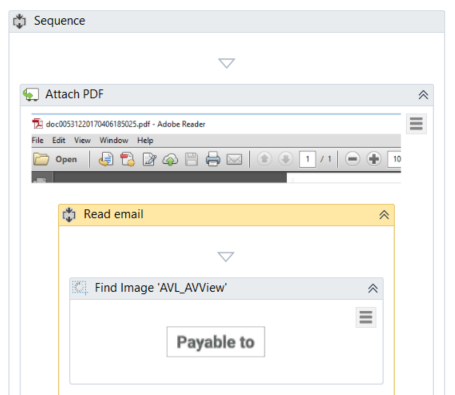 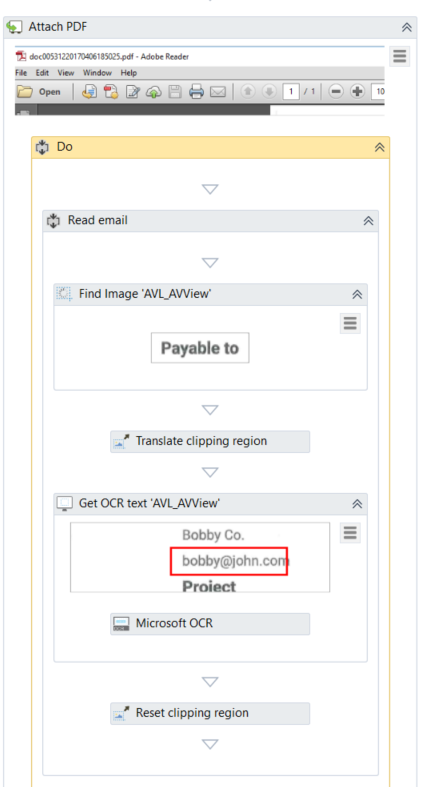