UiPath Studio enables you to create the following types of projects:

To create a new blank project, go to Home (Studio Backstage View) > Start and select the type of project to create under New Project. Alternatively, you can start from one of the default templates available under New from Template or go to the Templates tab to browse for more templates from various sources. 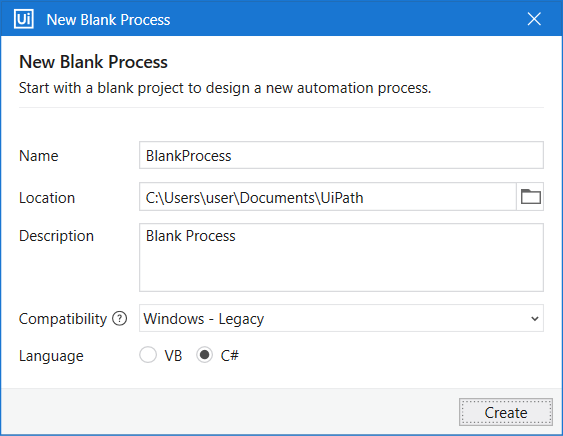 In the new project window, configure the following for each project:

When you create a new project in the Studio profile, select the compatibility based on the environment on which the project will be executed:

To learn about the differences between compatibilities, see the following table.

The design experience is the same for all compatibilities, but only the activities packages that support the selected compatibility can be installed from the package manager.

Cross-platform projects enable you to create API-based automations that can be executed on Windows as well as Unix-like operating systems.

In the 2021.10 release, cross-platform projects support execution only on Windows and Linux. 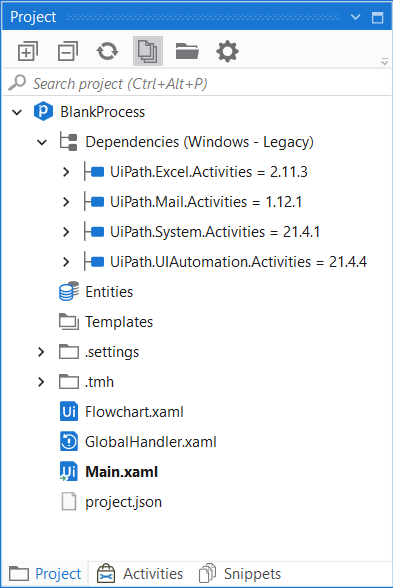 Copy and paste files from File Explorer directly into the Project panel. The same can be done using drag and drop on one or multiple files, including .xaml workflows. You can also use the Ctrl + C and Ctrl + V shortcuts or Copy and Paste options in the context menu to copy and duplicate files or folders inside the panel. 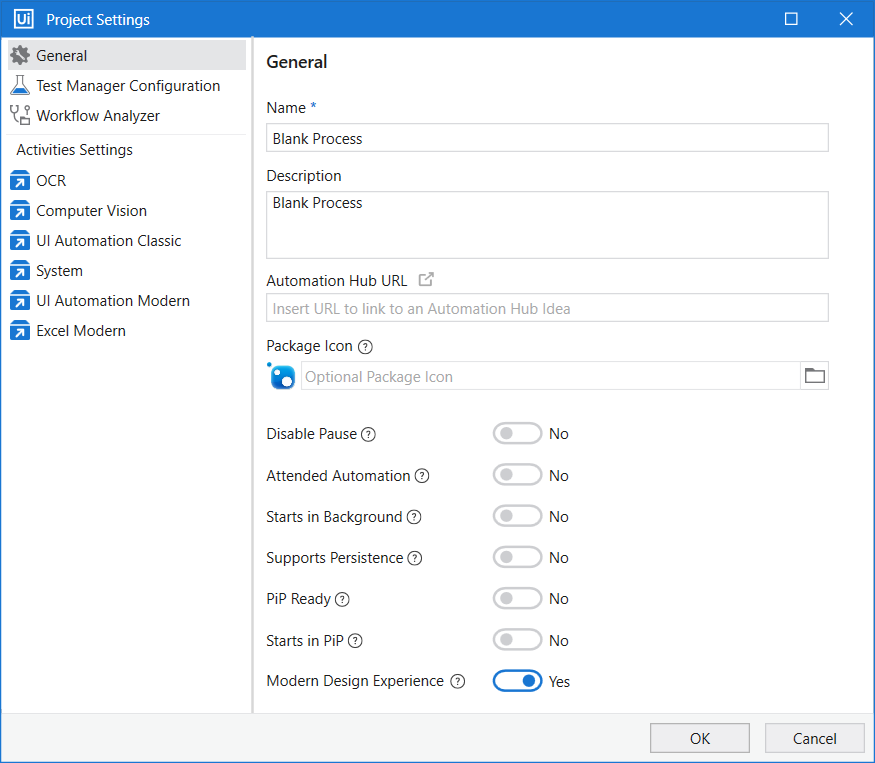 The following table describes the project settings for process, test automation, and template projects. For information about the settings available for libraries, see About Libraries.

Unnecessary resources can make projects more difficult to understand and can impact performance, To avoid this problem, remove unused resources from your projects by clicking Remove Unused in the Studio ribbon, and then selecting what to remove: