The Robot is UiPath’s execution agent that enables you to run processes developed in Studio. Robots need to be connected to Orchestrator in order to execute processes or they have to be licensed locally (read more about licensing). The type of Robot you have at your disposal is determined by the license, while the Robot service is determined by the deployment.

The Robot is split into several components, each being dedicated to a particular task in your automation. The Robot components are as follows: 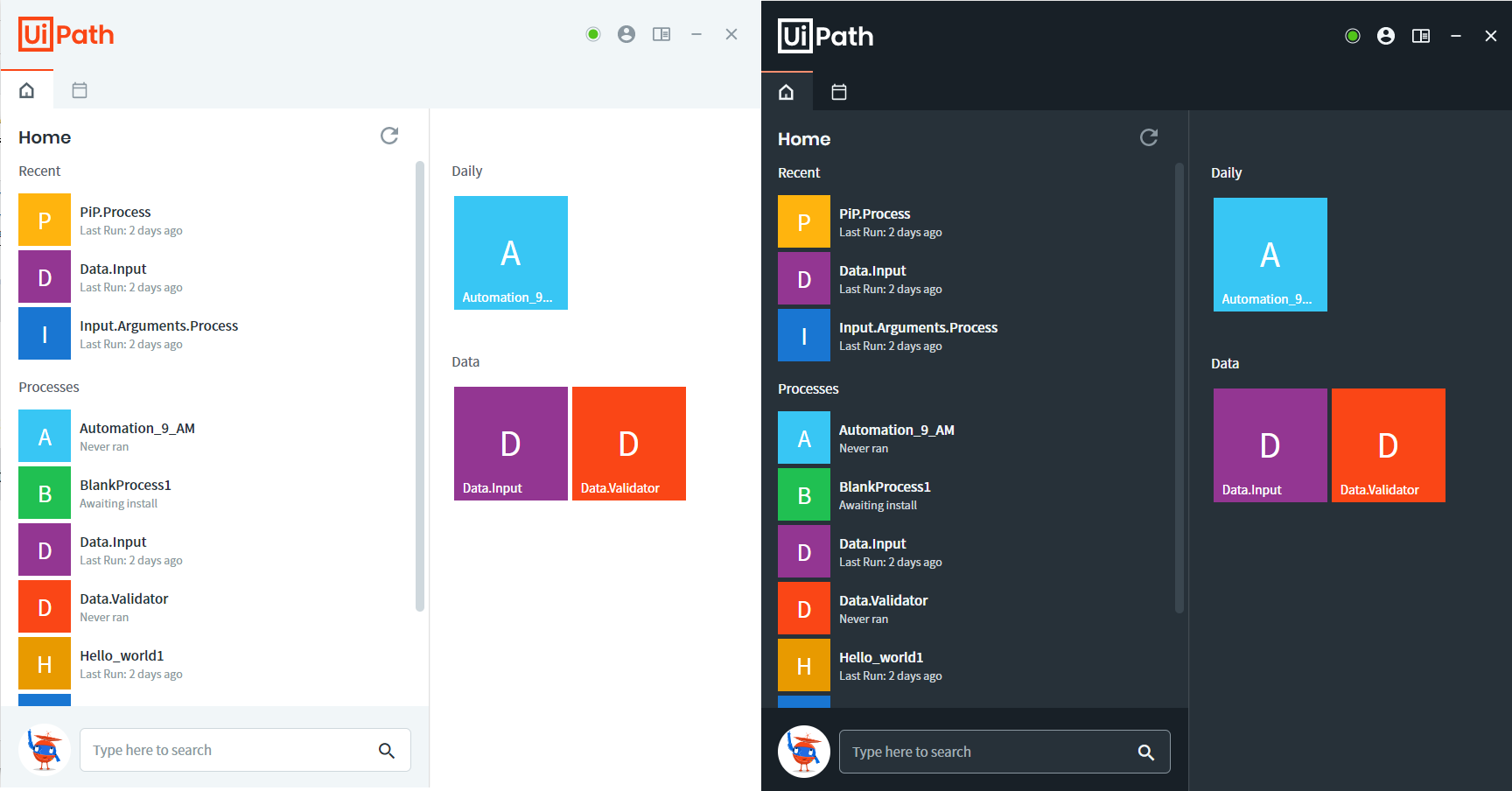 Having the Robot components split as explained above helps developers, support users, and computers easily run, identify, and track what each component is executing. Special behaviors can be configured per component this way, such as setting up different Firewall rules for the Executor and the Service.

Installing the Robot using UiPathStudio.msi deploys the Service Mode Robot by default. It can also be installed from the Command Prompt, as explained on this page.

Both the Service Mode and User Mode Robots can be configured as HD Robots.

Regardless of the mode in which you installed the Robot, it can still be connected to Orchestrator.