Aside from creating mobile testing projects, a Studio Pro license grants you access to:

Read about generating the Governance file and enforcing rules across multiple machines. 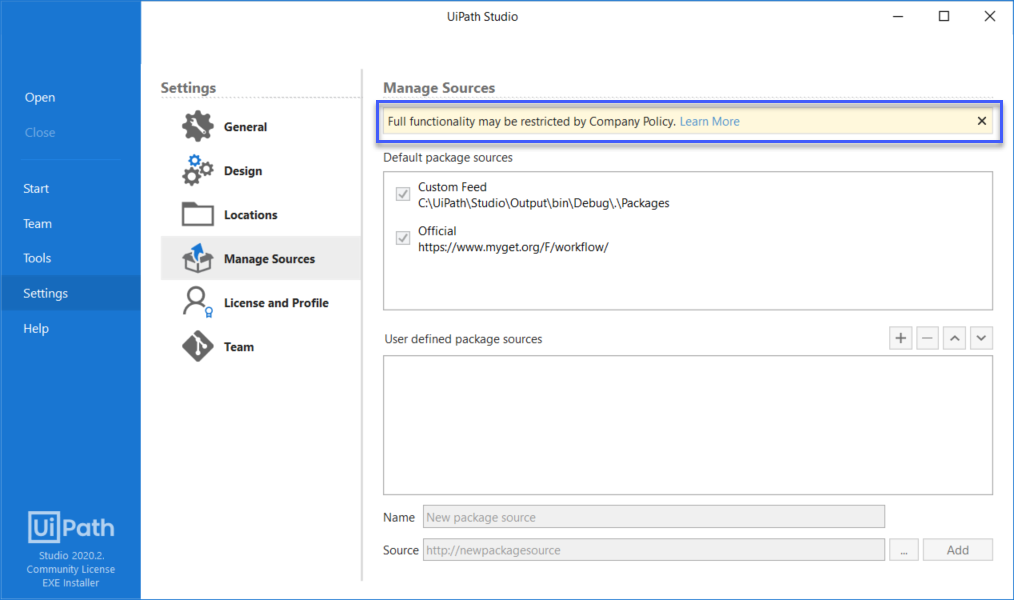 The Execution Trail for debugging shows the exact execution path for activities. As the process is executed, each activity is highlighted and marked in the Designer panel, showing you the execution as it happens. Read more about this here.

Ease of use and speed play an important part when building automations. With speed in mind, we’ve introduced several features to jump start your automation experience: 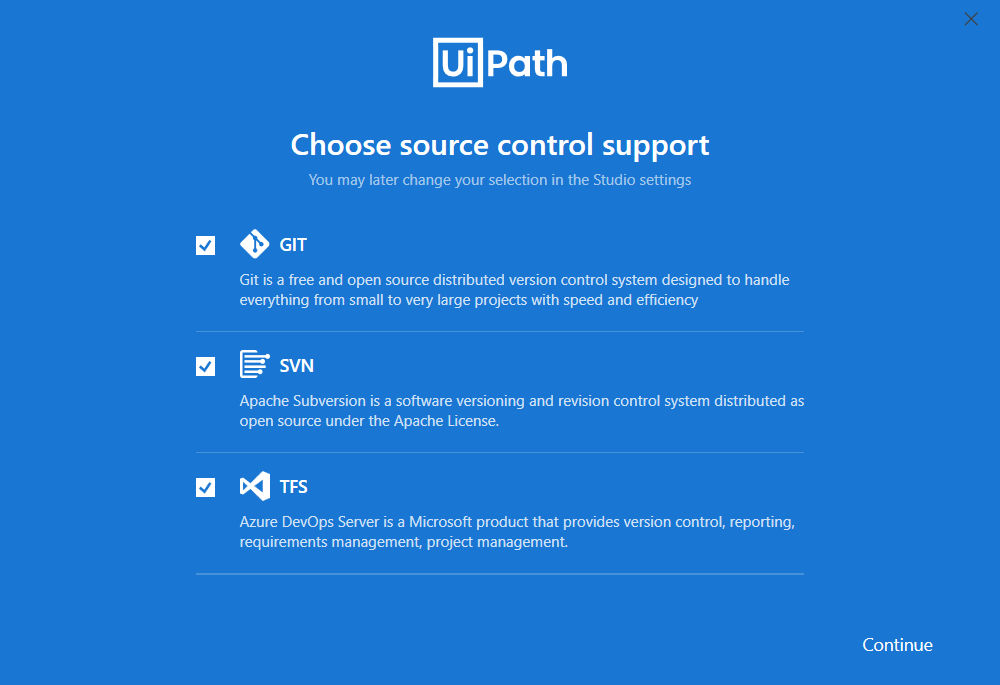 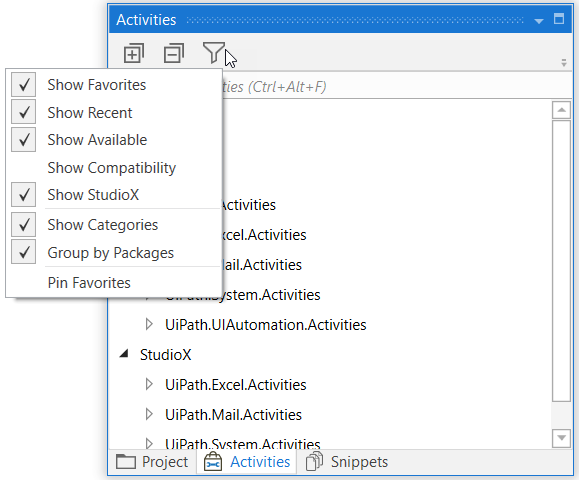 When checking out a project from under TFS the Repository Browser is displayed much sooner in the process, giving you full access to browse and pick the project to checkout. Read more about this here.

GIT authentication screen now comes with the option to authenticate using a User and Password, or a token.

The Manage Remote repositories window is now available when pushing commits, in case pushing to a particular repository is not possible.

Unversioned files part of the project are taken into account as changes in the source control Status Bar.

The Expression Editor has seen a number of improvements:

We have reintroduced the Continue on Exception feature. If enabled, it logs the exception in the Output panel and continues debugging. If disabled, it throws the execution error and stops the debugging, highlighting the activity which threw the exception. Read more about Debugging.

The Robotic Enterprise Framework template has received an update to accommodate checks made with the Workflow Analyzer:

Version 20.4.0 of the UiPath.Activities.API SDK package is available on the Official activities feed with a number of updates: