This month we're sending out to you the next major release update for Orchestrator Mobile.

Our dev team has been really busy further extending the Orchestrator experience to your mobile device: now you can Start your jobs using the app on both iOS & Android platforms. We improved the localization experience and made sure to also include bug fixes. Another change implemented starting with this release is adapting the app version to be consistent with UiPath product versioning. 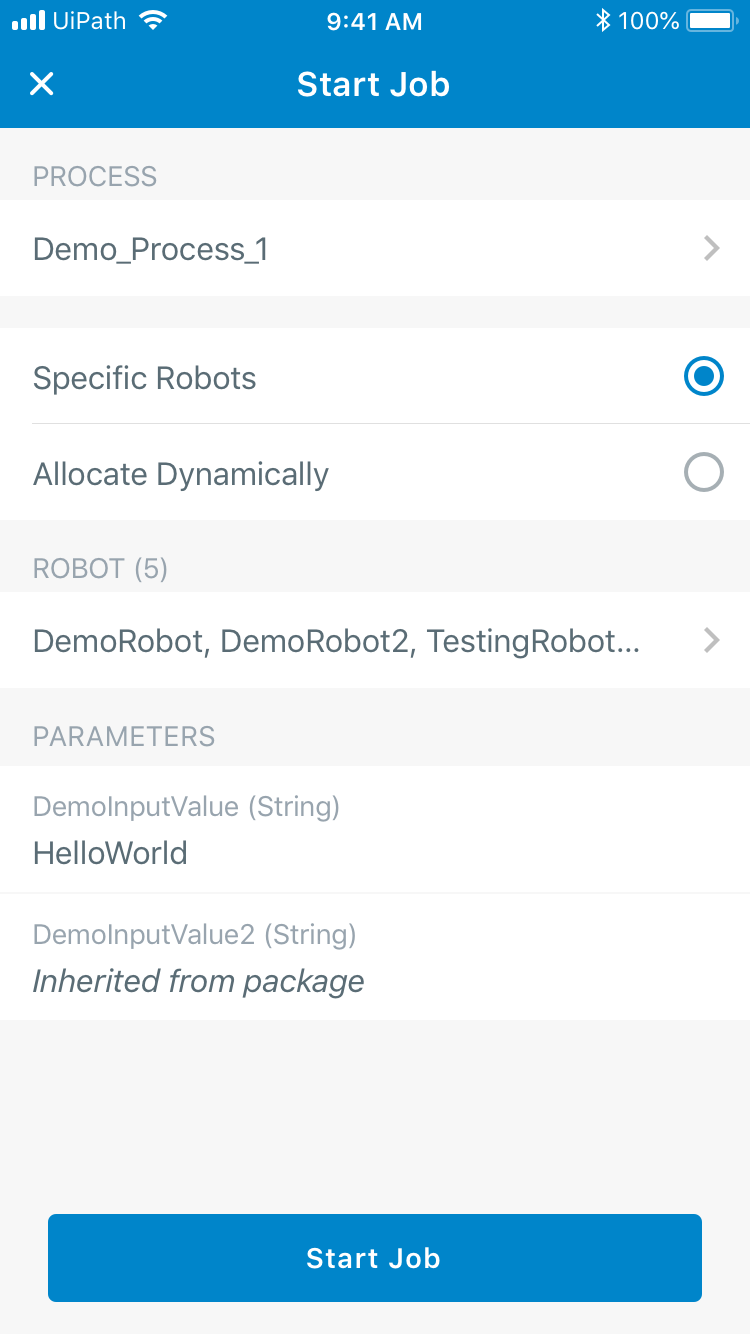 Note: The apps are released following a staged roll out process that adheres to safe deployment practices. Each day the app is available to an increasing percentage of users. The actual users are defined randomly by Apple & Google. The app becomes available to all users 7 days after the initial release date.