When making a selection on the Events line chart of the Overview - Dashboard in AppOne the number of events displayed in the Events KPI was not stable. This has been improved. A separate period filter on Evend end now appears to make the KPIs more stable during and after selection. See illustration below for an example. 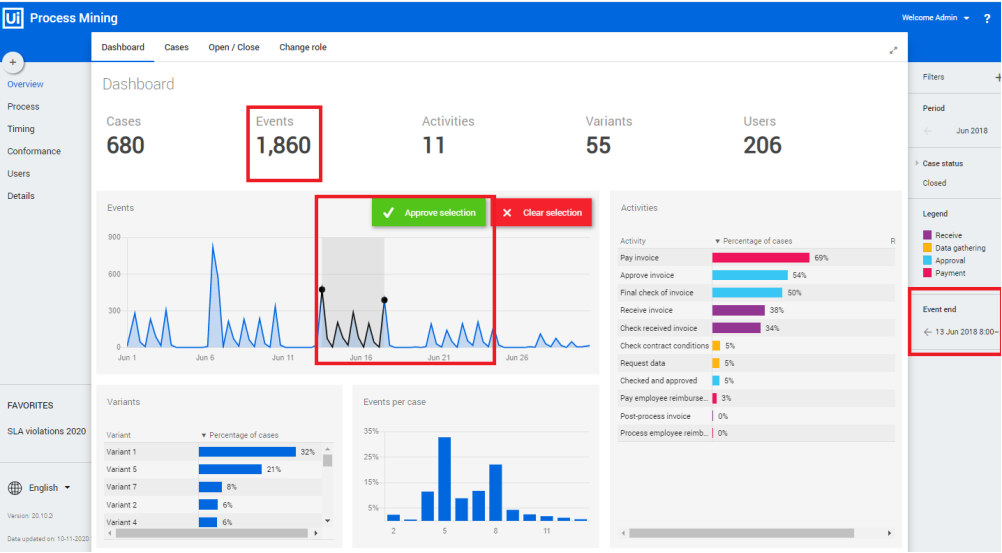 When using the Resolve as theirs option to resolve a conflict you will lose any changes you have made to the chart yourself.