Subscribe
Hey! These docs are for version 2020.4, which is no longer officially supported. Click here for the latest version, 2021.4!

All project templates available in Studio come with their own default dependencies packages. 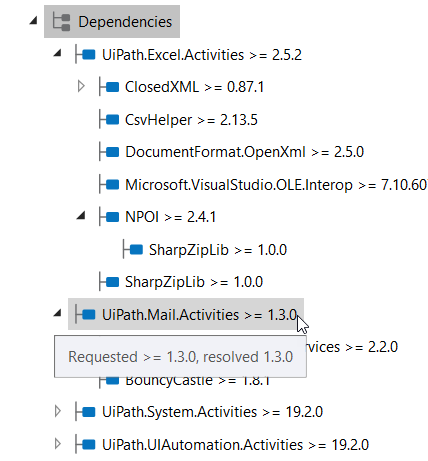 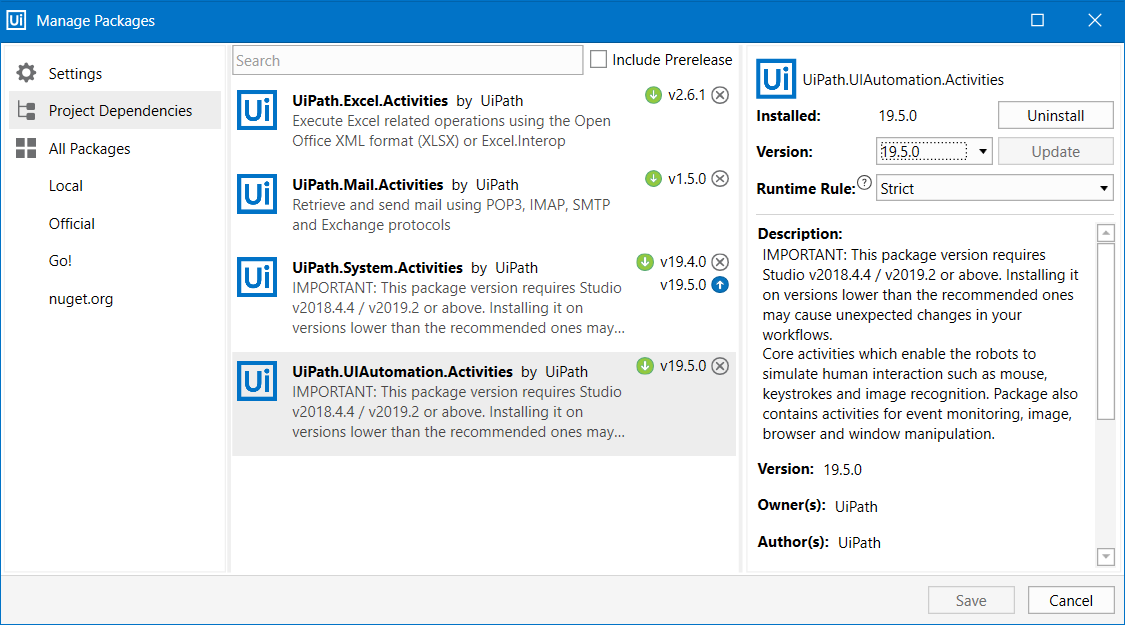 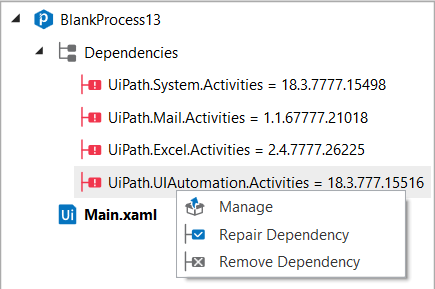 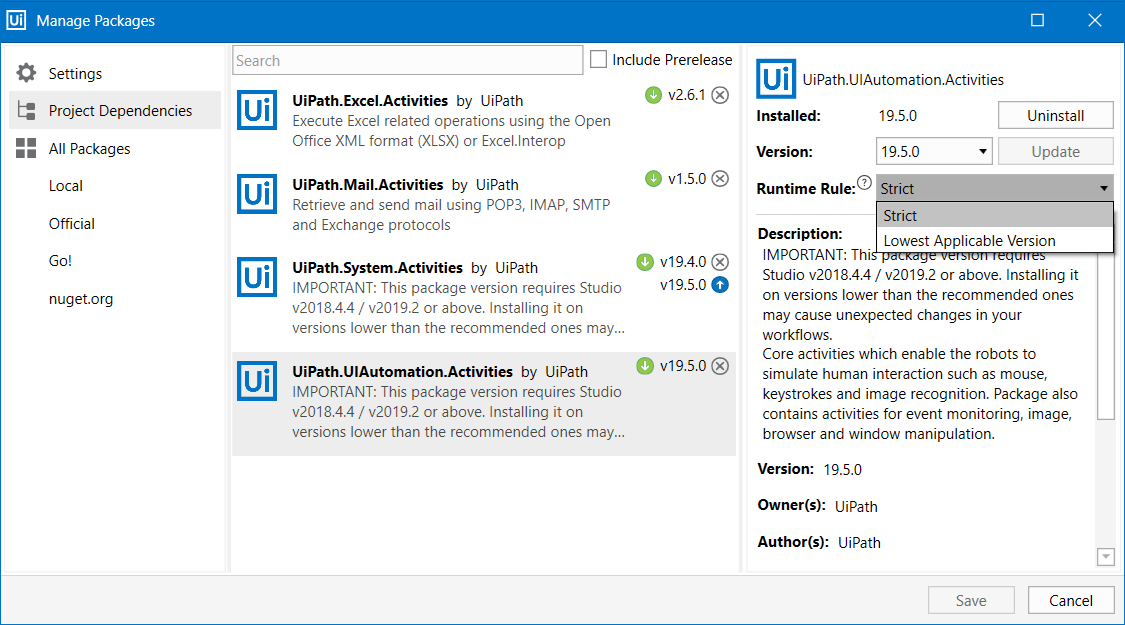 The project contains an activities package with version 1.0. The library is referenced to the project and uses the same pack, but with a higher version. The top-level dependency v1.0 is used at runtime. A warning is given, mentioning that a downgrade was detected.

When opening a project with or without dependencies, designed with a version prior to v2018.3 (except for v2016.2), Studio asks you if an automatic migration shall be performed, so that it may attempt to retrieve missing dependencies or add default ones.