When an exception is detected during debugging, the activity which faulted is highlighted, the execution stops, and the pop-up Runtime Execution Error message appears. The available options are: 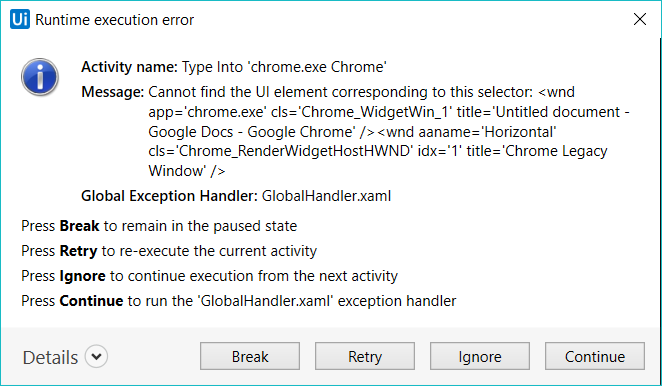 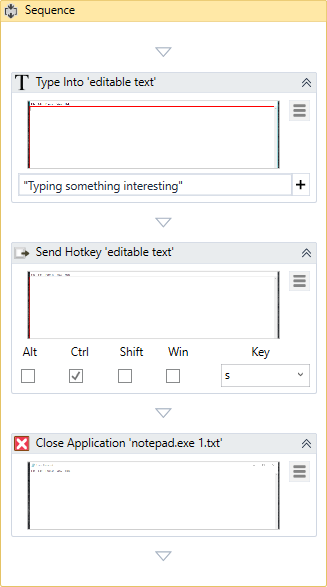 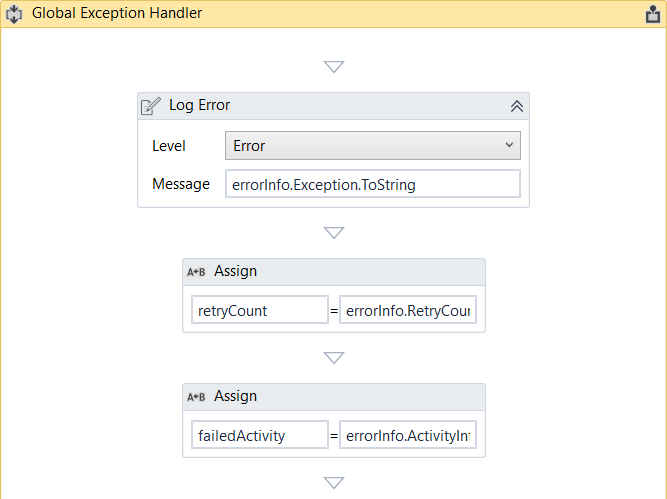