Understanding how test results are organized in Test Manager is very important in order to deal with dashboards and reporting.

One fundamental concept in Test Manager is that results need to represent the test how it was designed when it was executed. This needs to hold true even if a test case has been updated or even deleted after it has been executed.

The same applies to test sets. Execution results need to represent the entire set even if case tests have been removed from the set after the initial execution.

In order to achieve this, the execution of a test set is done the following way:

The chart below illustrates the process of executing a test set in Test Manager. 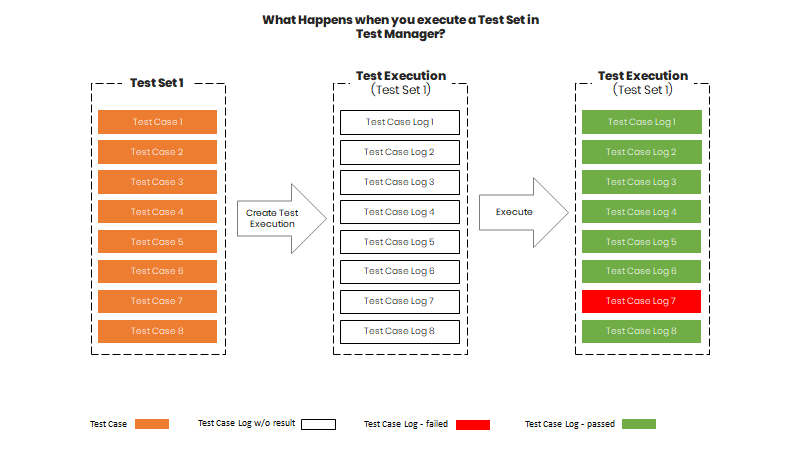 As a consequence, after a test set has been executed, any changes to the test set or its associated test cases do not affect the results from previous executions. Even when a test set is deleted, all the Test Executions remain unchanged.

To view test executions, select Test Results from the project navigation. You will see a list of Test Executions each representing the execution of a test set.