Subscribe
Hey! These docs are for version 2016.2, which is no longer officially supported. Click here for the latest version, 2021.10!

The generic value variable is a type of variable with a wide range that can store any kind of data, including text, numbers, dates and arrays, and is particular to UiPath Studio.

Generic value variables are automatically converted to other types, in order to perform certain actions. However, it is important to use these types of variables carefully, as their conversion may not always be the correct one for your automation. 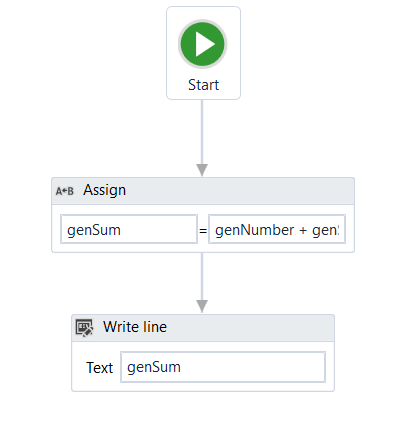 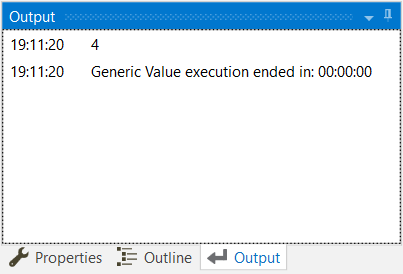 This means that UiPath Studio knows that the genNumber is an integer and knows how to transform the generic value genString variable to an integer, so that it can add it to the first one.

However, keep in mind that this was our goal from the beginning. If we wanted to display the two variables in the Output panel as strings using this exact method, it would not have worked.