Number variables are also known as integer or Int32, and are used to store numeric information. They can be used to perform equations or comparisons, pass important data, and many others.

Example of Using a Number Variable

To exemplify how you can work with number variables, we are going to create an automation that asks the user for the year in which he or she was born and displays the age in a window.

The .ToString method converts the integer stored in the Age variable to a string and displays it as such.

The final project should look as in the following screenshot. 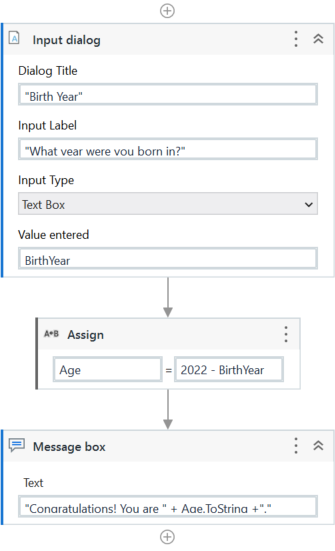 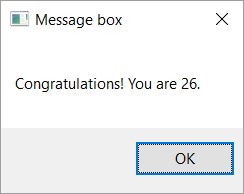