Starting with the 2021.4.3 release, we made it possible for you to add widgets in the UiPath Assistant by making use of Automation Ops and Orchestrator libraries.

In Orchestrator, these widgets were marked just like any other library package, which was of no use, really. As of today, we introduce a new type of library dedicated to widgets: Assistant Widgets. All widgets uploaded to Orchestrator from now on will be labeled as such for you to spot them a mile off.

Widgets uploaded to Orchestrator prior to this change stay labeled as Process Library.

Until today, only unattended robots could execute long-running workflows. The wait is over, as you can launch an orchestration process in attended mode from the UiPath Assistant, wait for the generated action to be completed in Action Center, and hand the rest of the execution over to an unattended robot.

There is a correlation between the licenses used to execute the attended job and the licenses consumed for unattended execution:

The job can be resumed by an unattended robot from a different server to the one the job was originally started on.

Administrators beware, user groups referenced in Orchestrator after this change as well as users automatically provisioned post factum, come with no attended functionality, an administrator needs to explicitly enable attended robots for the groups and/or users that need it.

This change makes some existing Orchestrator functionality redundant; some bits and pieces related to configuring personal workspaces have been removed. 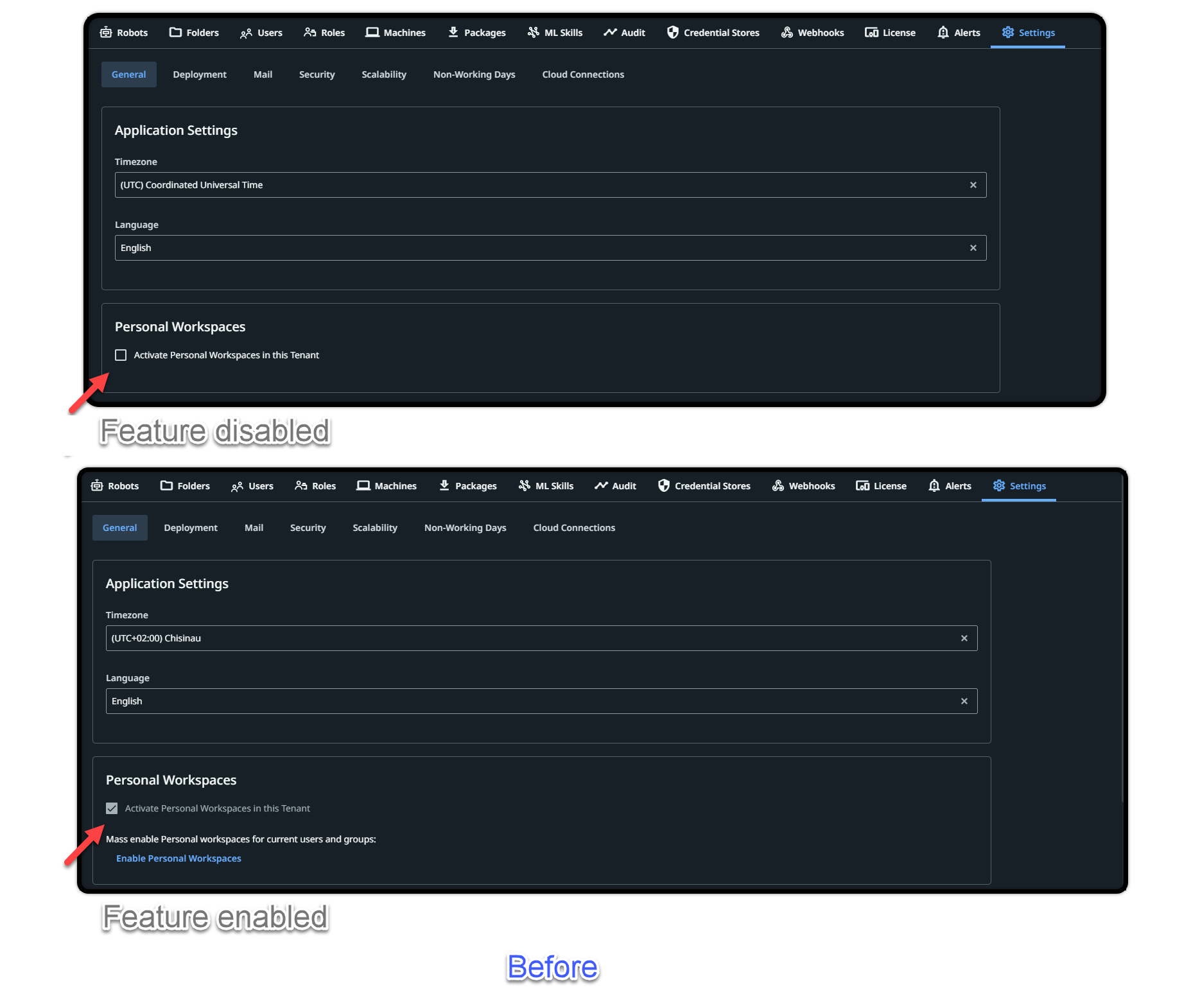 Do not worry about your existing users and users groups as they keep their original configuration. We also do not enforce personal workspaces in any way, even though they are enabled by default for new users and user groups, you can always disable the functionality as you see fit on a per-user/group basis.

Triggers: During peak hours, which are at the hour or at half-past, delays of a few minutes may be observed between the programmed trigger time and the time when the process starts. We are aware of this issue and working on an improvement.
Workaround: For any jobs where a delay can be problematic, update the time for the trigger to avoid peak hours. For example, if you have a trigger for which the minute(s) field has the value 00 or 30, consider updating it to something like 08 or 42.