To improve the user experience, the interface for apps access control is updated as following:

When clicking on + Assign role, the following changes are done to the interface: 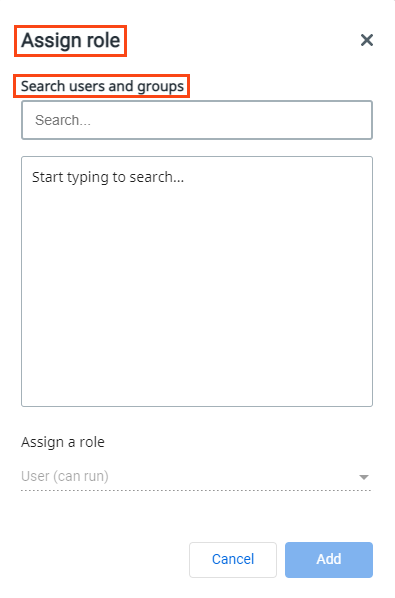 For more information on setting different roles for your app, see Permission Management.

You can now navigate to the UiPath Academy course for Apps directly from the Apps homepage.

We added a gear icon next to the app name to easily access Apps Settings.

You can now create personalized apps using runtime user context functions, by using one of the following references to display the runtime user:

With this release, the group users receive an e-mail notification when an application is shared with them.

A new specific Cloud instance for UiPath Apps is made available for community users. Existing community users will receive the update in the same timeline with enterprise users until the migration to the new community servers is done.

The container layout is no longer the default control when creating a new page in an app.

A notification is added when setting the control width to 100% and the margin bigger than 0 px. The notification is used to suggest using the Stretch and Auto settings instead of 100% and specific margin for improved user experience. 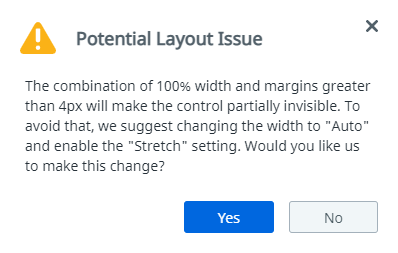