When generating a cache there was no dataset selected.

Make sure the client has selected a working dataset in popup menu when generating a cache. See illustration below. 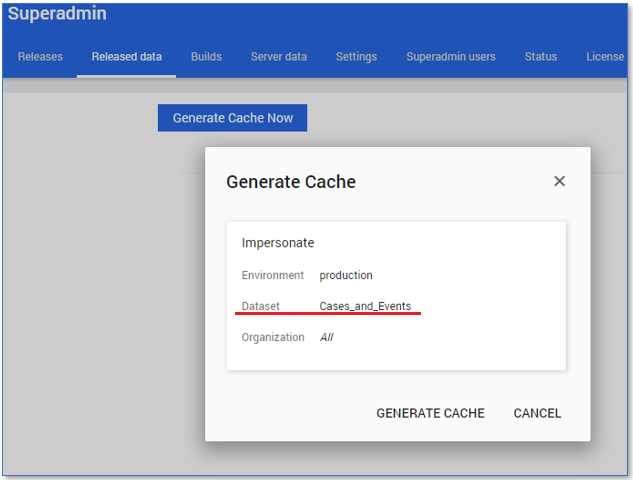 AppOne files not found in git tree when generating cache

The Application.mvp of AppOne is expected to be in the root of the workspace of a release.

Make sure that the Application.mvp is in the root of the workspace. 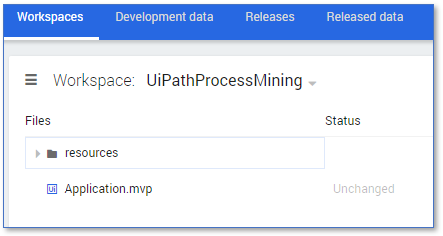 The BasicConnector is released instead of AppOne and it was tried to generate a cache using that release.

Make sure there is a release from AppOne active instead of a release of a connector.

Look at what invariant failed and what the name of it is. The invariants all have descriptive names guiding you into what is wrong, for example, Error: Event_end is empty. This means that event end in your dataset is empty and therefore an error is thrown and the cache generation stops. Warning: Case has no events means that there are cases within your dataset that have no events. In this case, the cache generation will continue.