With every software release, UiPath will provide you with a link to download the UiPath Process Mining files.

It is assumed that you have:

Follow these steps to upload the released versions of AppOne.

Updating your customized version of AppOne 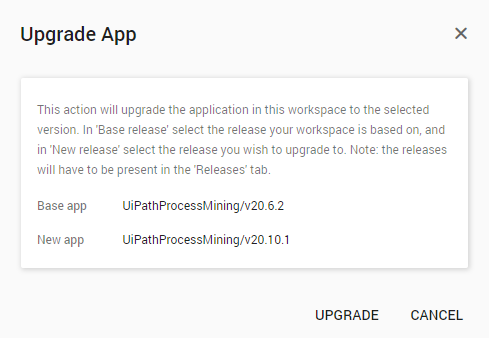 After the upgrade the Base app is set to the version selected for New app.