On this page, the Project Manager is able to record the costs required for the automation idea implementation. These are processed by the system in order to compute the net benefit of automating this process. By clicking Edit the following fields become editable allowing you to add the specific information as follows:

This is a granular configuration for the duration of each implementation phase.

Check out the assumptions regarding the Automation Potential providing information about how much of the process can be automated. These results computed by the algorithm provide an estimation of how much faster a robot would perform the process, in comparison with a human. 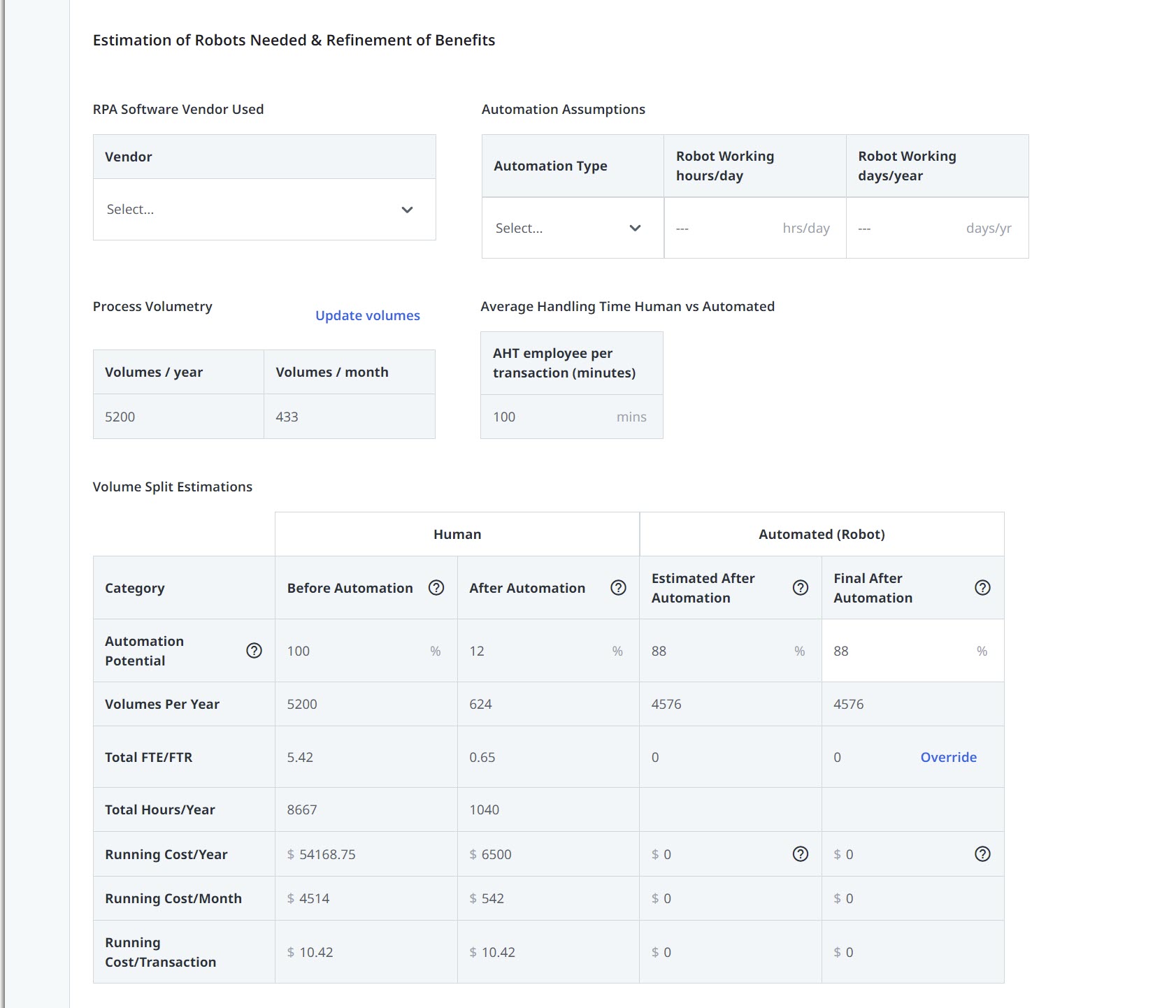 This provides an estimation of the total costs required for this automation idea including implementation costs that can be set up per implementation phases and running costs that include license costs as well as infrastructure, maintenance, support, hosting costs, or other running costs. This information impacts the calculation of the Running Cost/Year for the robot.

Check out the Completing the Detailed Assessment page and the Perform a Cost Benefit Analysis for an Idea video tutorial for the step by step information needed for the ROI.